According to records, there are roughly about 40, 717 Buddist temples in Thailand with 33,902 still running today. Of a truth, Thailand is often regarded as a Buddhist country and plays a major role in everyday life. Indigenes regarded as thai visits the temple to make supplication to Buddha for petitions such as sound health, good fortune, long life amongst many other things.

The structures of the Buddha themselves have driven tourists to come visit Thailand not just for the sake of spiritual inclination or social importance, but to feed their eyes and emotions with impressive and amazing structures.

Wat Rong Khun is found in the northern belt of Thailand. It is often regarded as the white temple. This is because it is one of the most acknowledged and photographed temple in Thailand. The temple is characterized with a white color and made with pieces of glass. The pieces of glass have been structured into plaster in such a way that it sparkles directly to the sun.

The distinct white color of the temple symbolizes purity of Buddha and the glass connotes Buddha’s wisdom. The overall rebuild of the temple commenced towards the latter part of the 20th century and still very much ongoing even till today. From the construction framework, the temple will have nine different buildings which will cover shelter for the working monks. 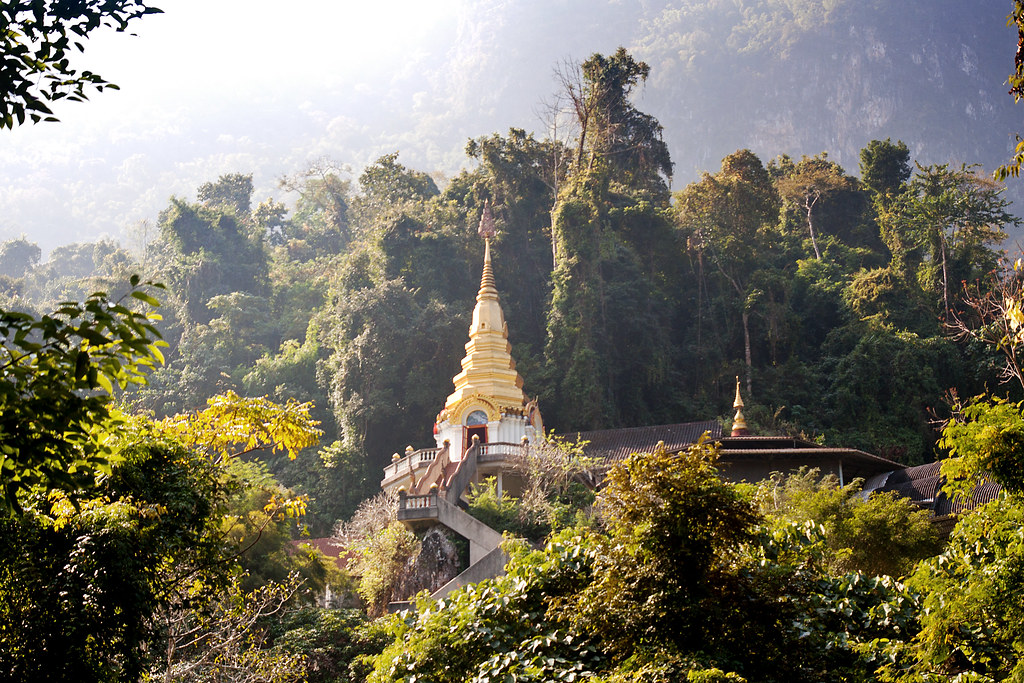 Wat Tham Pha Plong is located in the northern belt of Chiang Dao and halfway of a mountainside around a small cave. The temple is characterized by surrounding forest yet very peaceful and solemn place to visit in Thailand. It takes about 500 steps walk to get into the temple.

Wat Suthat is situated in a popular city called Bangkok and one of the long-lived temples in Bangkok. Completion was during the reign of King Rama III. The temple is characterized with a giant red swing tower that stands at the entrance.

The giant is said to be over twenty meters tall located close to the Grand Palace. Overall look of the temple is quite attractive and adorable to make a tourist destination. It has a large crafted Buddha statue which marks the centre of attraction of the room. Looking from the outside wall have about 156 Buddha images on them. These images are intricated hand orchestrated designs that will make your jaw drop at the first point of sight.

Popularly known among tourists is the Wat Pho temple located in Bangkok city. According to Wat Pho’s guide book, it is usually regarded as the temple of the reclining Buddha. You shouldn’t go leaving Bangkok without visiting the Wat Pho temple.

The famous hefty reclining Buddha hails from Wat Pho temple. The temple is 46 meters long in terms of height and totally wrapped up in gold leaf. The Buddha’s feet is marked with 108 illustrations which connoted the overall 108 actions that rendered assistance to Buddha for perfection. The best school in Thailand is located at the Wat Pho temple.

The Wat Arun temple is also widely known as the temple of Dawn. It is located on the bank of the Chao Phraya River. It is a stunning and adorable temple for your next tourist destination. It is spiced up with collections of spires unlike other temples.

The spires have been colourfully decorated on the temple to give it a sleek look and feel. The tallest spires is decorated with Chinese porcelain in minute pieces and over seventy meters tall in terms of height. From the central prang of the temple, you can definitely have a fantastic view of the local landmark and the winding river inclusive.

The chief headquarters of Thailand’s monastic order is Wat Mahathat. If you’re looking for a solemn and important location to study Buddhism and meditation, you should consider Wat Mahathat temple as the best school for study.

According to history, the temple was originally built with the intention of accommodating a number of Buddha. It is regarded as one of the oldest temples in Bangkok. It is marked with a market next to the temple that opens for exchange of goods and services every Sunday. The market is the largest amulet market in Bangkok. Charms, amulets and medicines are sold in a bid to ward off demonic spirit.

The temple was built in 1613 in a bid to look after the ashes of prince Saravadi who happened to be a Burmese overload. It is situated in Chiang Mag, an industrious city in Thailand. The temple derived its name from the northern terminology for melon. It is said that the pagodas at the temple were derived from the Chinese and Indians.

You can apply for Thailand e Visa for Indians to kick-start your tourist visit to the Wat Ku Tao temple. The body of the pagoda can be summarized into five spheres which symbolizes the five different Buddha’s of this present century. 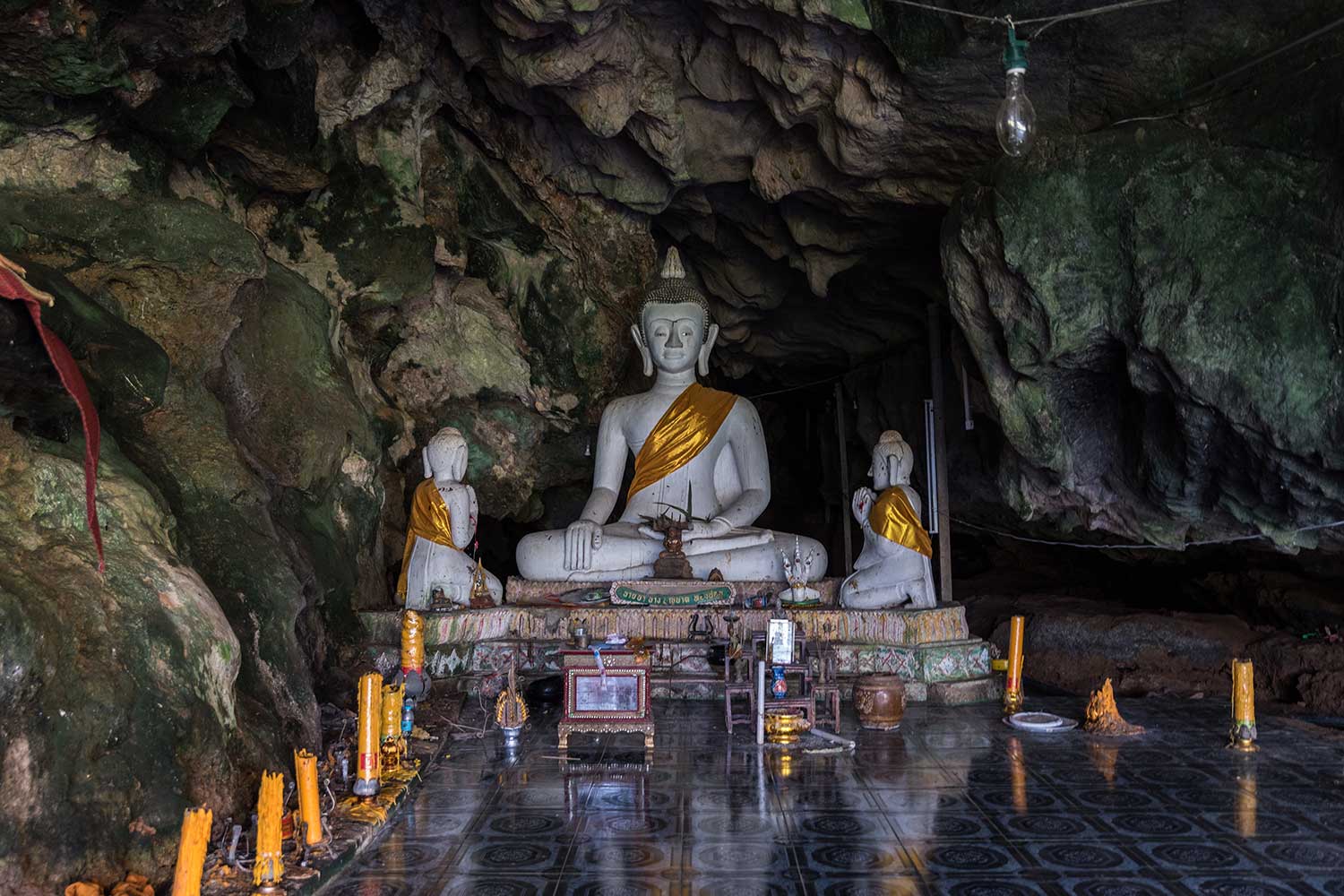 Sitting inside a jungle forest reserve in southern belt of Thailand is the Panturat temple. The forest reserve is called Khao Sok National Park. The park is popularly known for being the oldest rainforest in the world and for elephant trekking. The temple is usually located around a cave called monkey cave founded on limestone plateau. The monkeys here steal fruit directly from the hands of tourists. 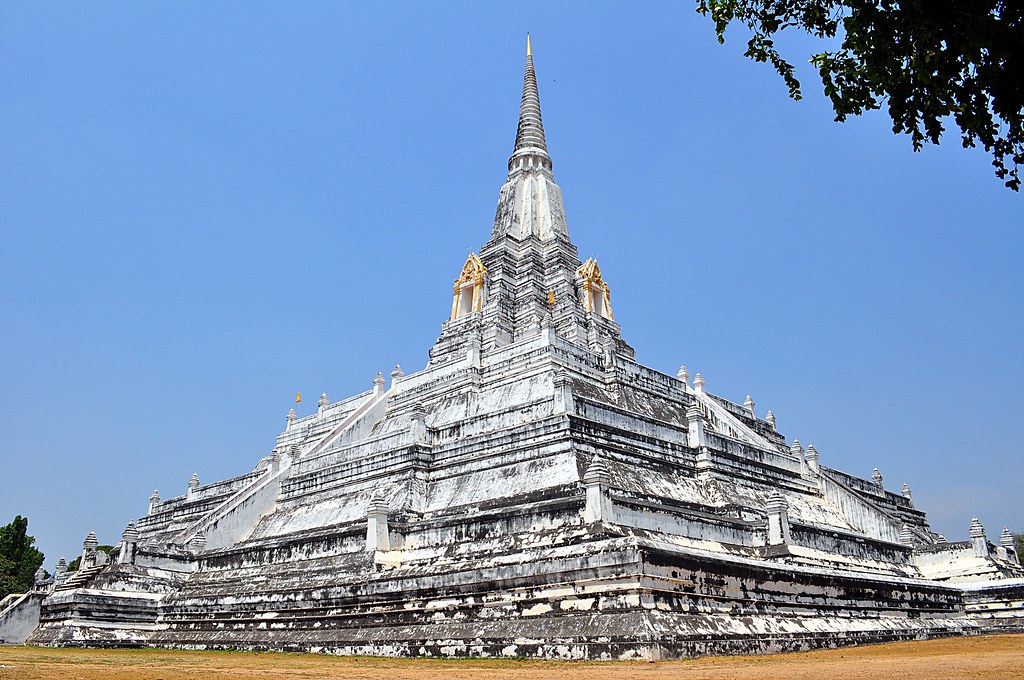 It is also known as the Golden Mountain Temple located in the old capital of Ayutthaya. It was founded to jubilate and acknowledge the victory of King Naresuan over the Burmese.

Looking at the bottom part is a Burmese style while the upper part is the Ayutthaya local style. It is characterized with a gold ball and a chedi which is about eighty meters tall. If you desire to come visiting from India, the Thailand e Visa for Indians can be obtained easily without any worries. 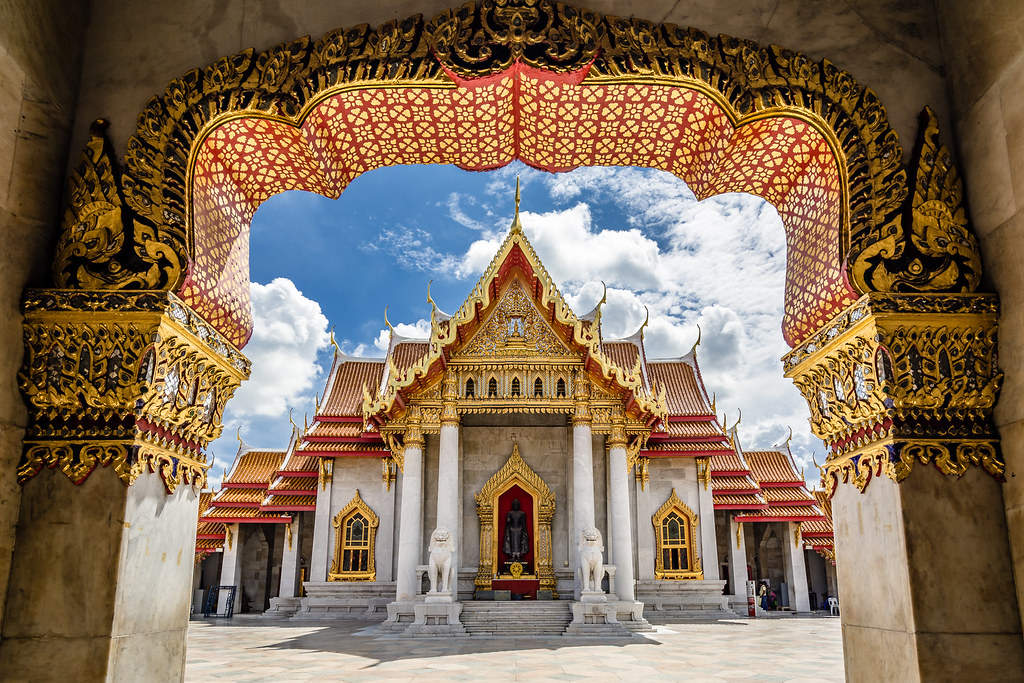 The Wat Benchamabophit is the most beautiful temple you will ever find in Bangkok. The name implies Marble Temple and was derived from the Carrara marble imported directly from Italy. The temple constitutes small different buildings rather than chedi or one central wihaan. It should be in your touristic plans when next you plan visiting Thailand.

As A Solo Woman Traveler, I Chose Thailand As My First International Trip!

Read More
As A Solo Woman Traveler, I Chose Thailand As My First International Trip!

15 Best Glamping Sites In Thailand For Your Luxury Adventure

Must Try Delicacies of Thailand, Even Vegans Won’t be Disappointed!