Trying to figure out where to go on your next adventure? What better way to pick than picking cities based on the cafes they have?

If you’re a lover of all things coffee and espresso, these are the 15 global destinations that you need to hit.

London is one of the largest social and business hubs in the entire world, so of course it’s a centre for international coffee.

You can find coffee shops all throughout the city, including specialist shops all over the place. The first specific espresso shops were opened around ten years ago, and ever since they’ve been appearing all over.

If you’re in the mood for something bespoke, head to East London. Allpress are exceptional, and Climpson and Son’s deliver on atmosphere and quality.

Suggested Read:
1. 101 Places to Visit in London
2. Things to Do in London

In terms of cities known for coffee, Melbourne is famous worldwide. The coffee scene is so large that they actually host a coffee expo every single year.

Accordingly, it’s almost impossible to get a bad cup of coffee in Melbourne, but for the best, head to the Auction Rooms.

If you’re interested in learning more about the city and the coffee culture therein, you could also take a coffee cafe tour. In 3 hours you’ll be shown all the side streets where the quality coffee shops are hiding, and learn more than you could ever want to know about the city and its coffee.

Suggested Read:
1. Things to Do in Melbourne

The Scandinavians have the second highest coffee consumption per capita in the entire world. Must be something to do with all the ice and snow.

When it comes to coffee, Iceland is the perfect place. Because it lacks pretty much all major chain brands, every coffee shop offers its own experience, all high quality.

Kaffitar is the closest thing there is to a brand name, with seven shops and their own roasting facility, but Stofan is the place to go to get more of the local coffee ambiance.

Of course Italy is on the list. The home of the espresso, any list of top cities for a coffee wouldn’t be complete without Rome.

Despite that, discerning customers actually mention that finding a decent cup of coffee in Italy can be hard, because a lot of the cafes are resistant to new technology and developments.

However, if you’re doing the tourist bit, there’s a few places to definitely check out. Giolitti, within walking distance of the Trevi Fountain, is a firm favourite, as is Rosati, which is found in Piazza del Popolo.

Suggested Read:
1. Places to Vist in Rome
2. Things to Do in Rome

Whilst you’re in Italy, you might as well check out another famous city. Milan is gorgeous, though it can get incredibly busy in the summer period, so it’s best to travel early, or after august, when the period is over. It also has a rich espresso history and is where one of the first espresso machines were invented by La Pavoni.

You’re sure to find tons of tiny cafes, but whilst you’re there definitely make it a point to check out some of the local al Bancos. These are specialist coffee bars, promising a fantastic, if expensive, experience. Pave and Bar Luce are particularly recommended.

The French love their coffee, and they brought it to the Vietnamese almost two centuries ago, so it’s had a lot of time to work its way into their culture.

Traditional Vietnamese coffee is interesting. Generally served with heavy milk, yoghurt or another added flavouring, it’s definitely something to try when you’re out there. Shin Coffee is an exceptional place to check out this signature beverage.

In terms of general coffee experiences, The Coffee Ship is somewhere to see. It’s housed in an actual ship floating on the river, and the aesthetics and atmosphere are incredible.

Coffee is a huge part of the fabric of Singaporean life, so much so that cafes can live and die on the strength of their coffee offerings.

Lattes are a big deal, with espressos only really being a recent adoption. Dutch Colony are a huge hit, and also ship their custom roasted coffee worldwide, just in case you get a taste and can’t live without it when you get home.

It certainly seems like there’s a lot of south east Asia on this list. Jakarta is known for one specific thing, which is Kopi Luwak, or civet coffee.

It’s expensive, but apparently has a defined flavour that’s all its own and has to be experienced by all coffee lovers at one point in their lives. Just trust us, don’t ask how it’s made.

If you want something a little more standard, Lucky Cat Coffee are a good bet, with a great ambience and good position in the city. Trafique also offer an upmarket experience that’s great for tourists. 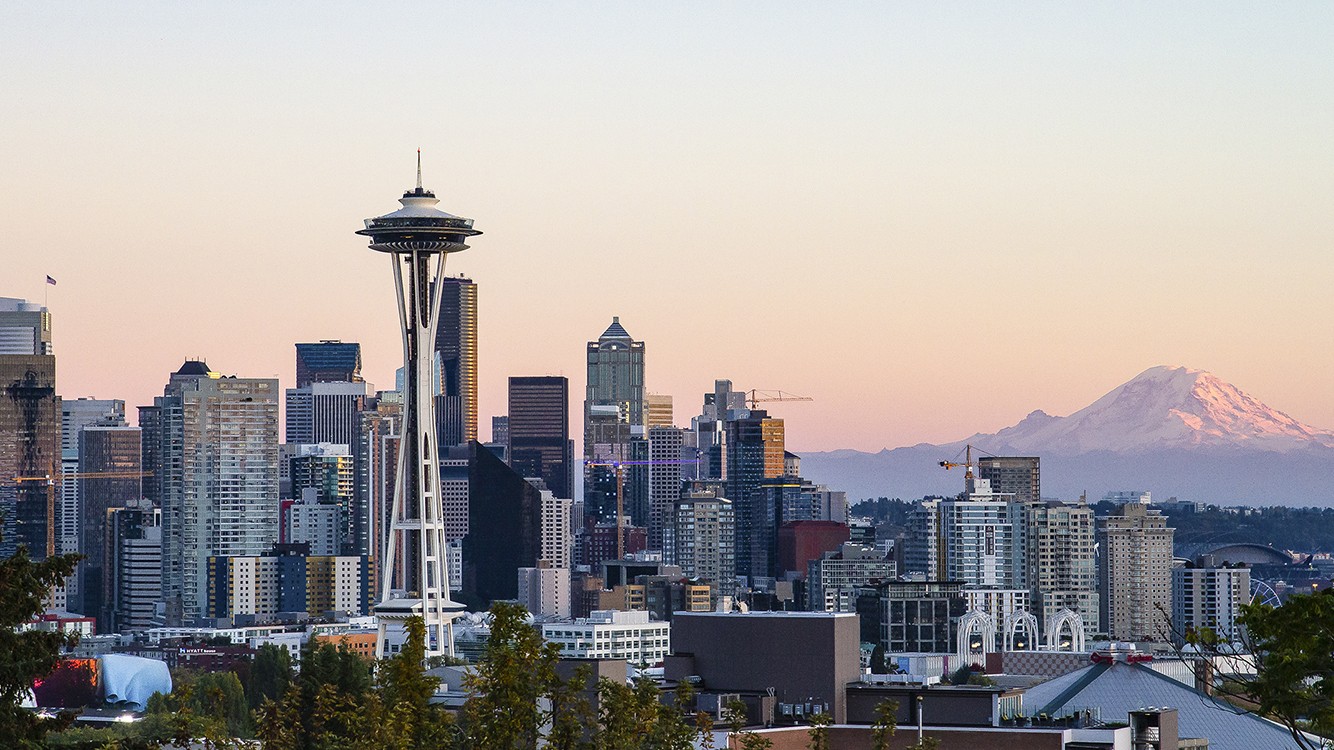 Of course Seattle is here. The home of the most recognisable coffee brand in the world, Seattle has an awful lot to offer if you hunt around.

Despite, or perhaps because of the looming presence of the behemoth that is the green mermaid, you’re likely to find a huge variety of small local coffee stores valiantly putting forward their own offerings and showing the big boys how it’s done.

Recommended are Empire Espresso, which can be found in Columbia city, and Victrola, who also roast their own which is available for sale.

Vienna is so well known for its coffee that UNESCO listed several coffee houses in the city as Heritage sites.

However, according to those in the know, the actual service and coffee provided by these prestigious, ancient businesses might not be quite up to modern standards.

You’re far more likely to be able to enjoy your coffee if you instead check out one of the independent coffee shops that have been opening constantly since 2012, when Vienna help the World Barista Championships.

If you’re in the area, try out Caffe Couture for a particularly fine experience. Zweitbester is also a favourite.

New Zealand loves their coffee. In fact, the flat white, even though it was invented across the water in Australia, is basically the kiwi’s favourite drink.

Honestly, it’s almost impossible to find a bad cup of coffee in Wellington, in part because the small size of the city means that everyone, from coffee shops to roasters and other professionals, is constantly in contact.

Brazil produces more coffee than anywhere else on the planet, which makes it a key destination when you’re travelling for coffee.

Sao Paulo is packed with coffee shops, as well as roasters with a huge variety of brands, so make sure to ask the locals what’s best when ordering.

Sofa Cafe is well known and a great place to go for a calm cup. If you’re looking for something home grown, Isso e Cafe sources all of their beans from local farms, guaranteeing that local flavor. 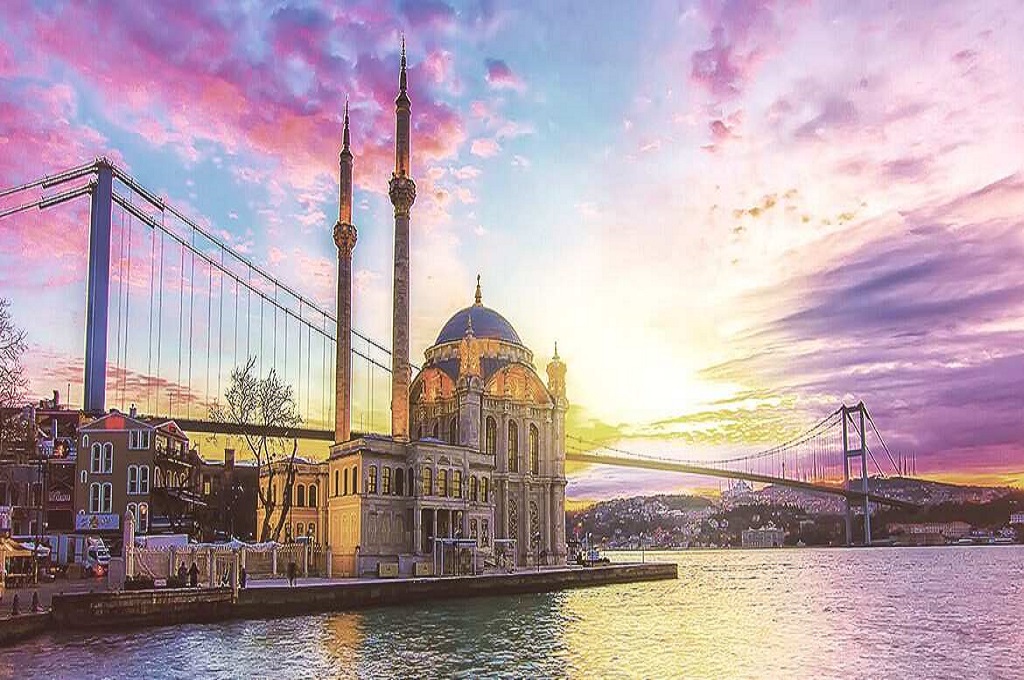 Turkish coffee is well known across the world, and for the uninitiated, expect it to be as strong as anything you’ve ever tasted.

Istanbul loves its coffee, though expect a large amount of the home grown coffee shops to focus on the traditional fare. If that’s what you’re interested in, Fazil Bey’s Turkish Coffee is the place to go.

For something a little closer to home, instead check out the Java Studio Istanbul.

German Kaffe is a national tradition, with more than 4 out of every 5 adults regularly partaking. The Germans also love to roast, with brands like Dallmyar being known worldwide, despite the fact that all the coffee in Germany is imported.

The Barn are an excellent, homely coffee shop that also serve a mean pastry, alongside selling their roasts. For something highly technical, instead check out Coffee Profilers.

Japan love quirky shops and cities packed with character. If you’re in Osaka, Tachibana-touri, otherwise known as Orange Street, is where you should check out.

We would recommend Mel Coffee Roasters. They’re Australia inspired, with a wide variety of coffees available, and coffee classes if you want to get more in depth.

There’s also Moto Coffee, which is a fantastic place to spend an afternoon. It’s huge, spread across five floors, with balcony views of the nearby river. Bring a book, or a friend, and relax.

1 month ago
Around the World

2 months ago
Around the WorldFood & Travel

8 months ago
AdventureAdventure JunkiesAround the World